I love the Alice books! Both volumes are up there in my list of favourites, including Billy Liar, Kes, Saturday night and Sunday morning, Lord of the flies, Animal farm, 1984.  New favs include The First fifteen lives of Harry August, The Girl with all the gifts, The Devil’s detective.

Anyway, back to Alice – the best character for me has to be the Mad Hatter.

So here is a poem inspired by the master of the tea party!

Behind the public image

the Mad Hatter collects hats. Has

a collection big enough to

Yet he only ever wears one,

around his crazy eyes map

the contours of many a merry mountain range

and grow bigger each day. He laughs

at everything, only notices smiling

faces. All he sees is laughter.

through the air as it litters

his world. He is a natural born

comedian, all is a joke, life is

a riot. He has foreseen his own death,

dying from an acute bout of infectious laffing.

Did you know that his favourite word

is normal? Yet he has no real

comprehension of the definition.

He thinks that he knows

what the word would normally mean.

Sometimes he believes that he observes

normal behaviour. He giggles and thinks

is this normal? He often ponders

is this a normal day? Is everything normal,

He often goes in search of

He chuckles and chortles as he

chases normal along the common of

He is only ever able

to offer vain resistance against the sniggers

and titters that loiter on street corners.

His efforts are always futile

as he is repeatedly slapped with the sticks

and the punchlines of mirth.

He is repetitively blinded by tears

of hilarity and he habitually gropes his way toward

the light heartedness of revelation, but in his darkness

he is unable to see or avoid the rabbit hole. 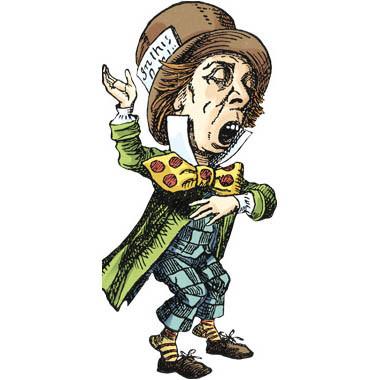 Would be poet! Let's see what this blogging lark is all about... View all posts by DJB